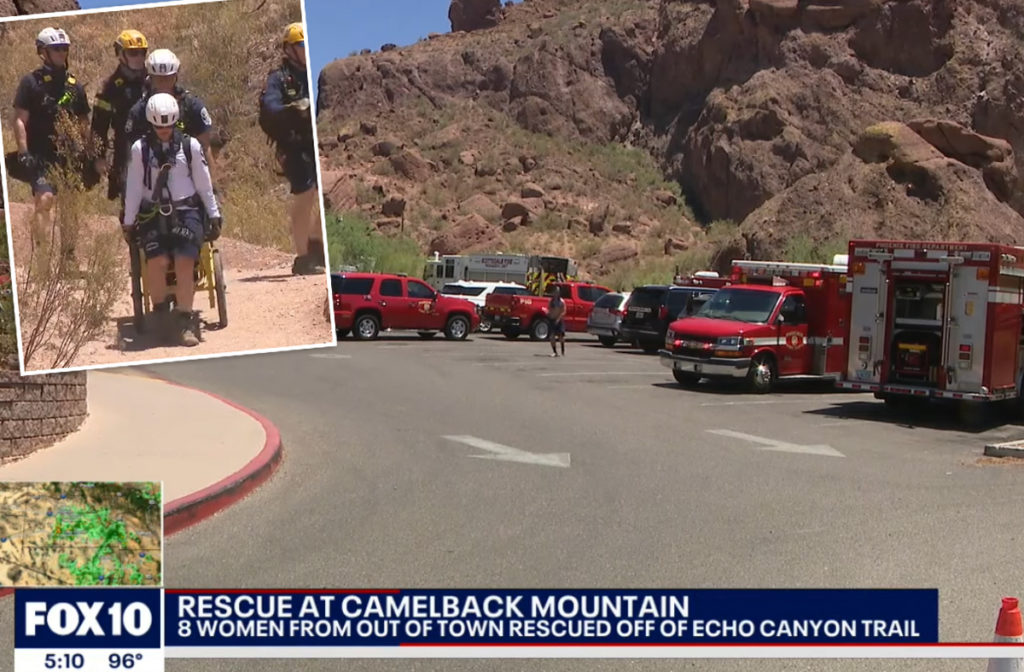 A group of women is counting their blessings at the moment after having to be rescued off a mountain when they started to suffer from heat-related illnesses.

According to ABC 15, at least 15 women from a church group from Alabama, Tennessee, and California were hiking along the Echo Canyon Trail on Camelback Mountain in Arizona on Thursday morning. The group came together for a retreat to film the reality series Bad Girls Gone God, where they take on intense physical and spiritual activities in order to feel closer to God. That meant hiking up the mountain this time around. However, they completely underestimated just how difficult the trail would be.

The women reportedly started making their way up the path at around 7:00 a.m., hoping to reach the top. As one of the hikers, Keisha Carter, said:

That is when things took a turn. Going back down the mountain, a couple of the women started to feel really sick as the temperatures quickly rose into the triple digits and became unbearable, including for Keisha:

“We got into a little bit of turbulence. I started feeling the turbulence early on and started having heart palpitations, and the heat was just a little bit too much for me.”

“I started getting really, really dizzy, and after a while, I just said ‘no, I can’t do this.’”

The situation became even direr as they only had one small bottle of water at first and few supplies. Tatiana admitted to ABC 15 that they did not do their research before embarking on the retreat, explaining:

“We were not prepared. We didn’t even get that much sleep. We kept stopping, and we had no water so the more that we stopped, the harder it got.”

Another group of hikers saw them struggling down the trail and called 911. When the Phoenix Fire Department arrived at the scene, the rescue was tough for first responders since the group was spread out between several mile markers on the trail. But eventually, they were all found, and rescue crews used their helicopter and big wheel basket to remove several of the women. Three women were hospitalized for heat-related injuries but are in stable condition.

Rescue missions like these from Camelback Mountain apparently are very common, so much so that the city of Phoenix reports that the trails are occasionally closed on extremely hot days just in case. The city website also details that the two main trails where most of the hiking takes place are very difficult, featuring elevation gains and uneven terrain plus “a path that is unprotected from the elements.” So if anyone plans to venture out to the Camelback Mountain trails this summer, we cannot stress this enough: please do your research first, bring enough supplies, and follow the city’s recommendations.

We are glad the women are safe now, and we wish those who were hospitalized a speedy recovery.