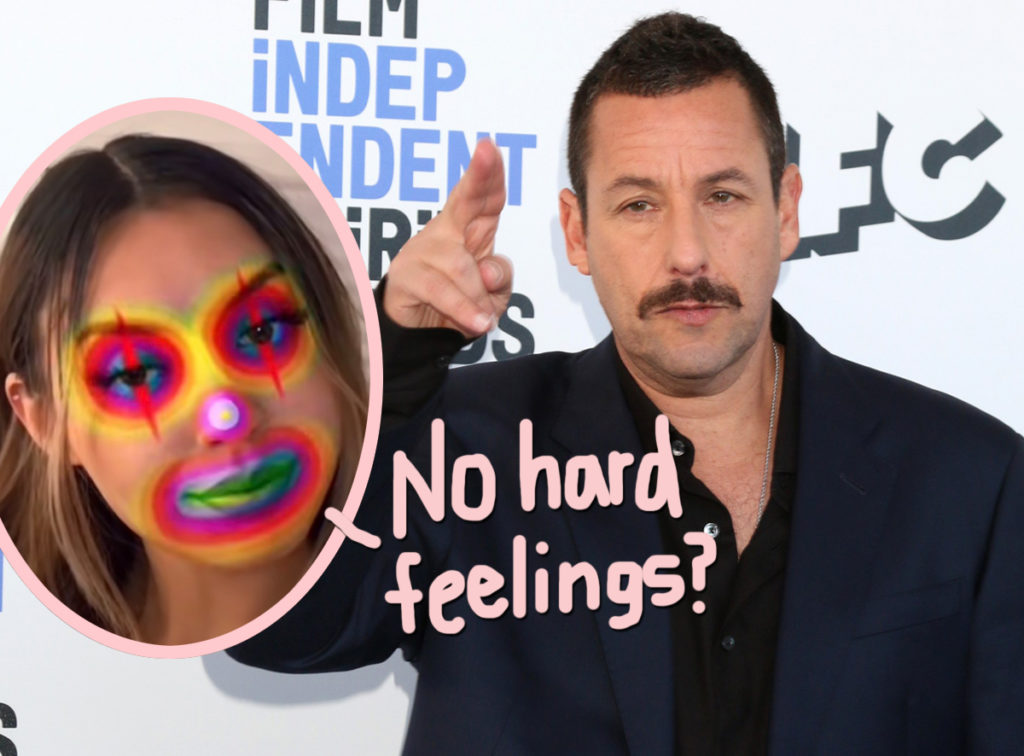 As we previously reported, Adam Sandler went viral recently for a somewhat unusual reason. Last week, TikTok user Dayanna Rodas joined a popular trend to reveal her “clown” moment, the time that she turned away the comedian while she was working as a hostess at IHOP. In the teen’s viral video, she explained:

“Not realizing its Adam Sandler and telling him its a 30min wait and him ofc leaving bc hes not going to wait 30mins for IHOP.”

She added in the caption:

Related: Justin Timberlake Gives A Shout Out To ‘It’s Gonna Be May’ Meme Creator!

Well, we’re not sure if the Netflix star will be returning to that particular pancake house, but unsurprisingly, he had a sense of humor about the situation. On Monday, he took to Twitter to joke:

“For the record, I only left the IHOP because the nice woman told me the all-you-can-eat deal didn’t apply to the milkshakes.”

For the record, I only left the IHOP because the nice woman told me the all-you-can-eat deal didn’t apply to the milkshakes.

Listen, Adam, we don’t blame you for not wanting to wait at a busy IHOP during a pandemic. There’s definitely no shortage of places to get breakfast! We appreciate his humility and humor about the situation — there are other celebs who wouldn’t have been kind to the poor hostess. As it is, we bet his funny response made Dayanna’s day even more than it did ours!