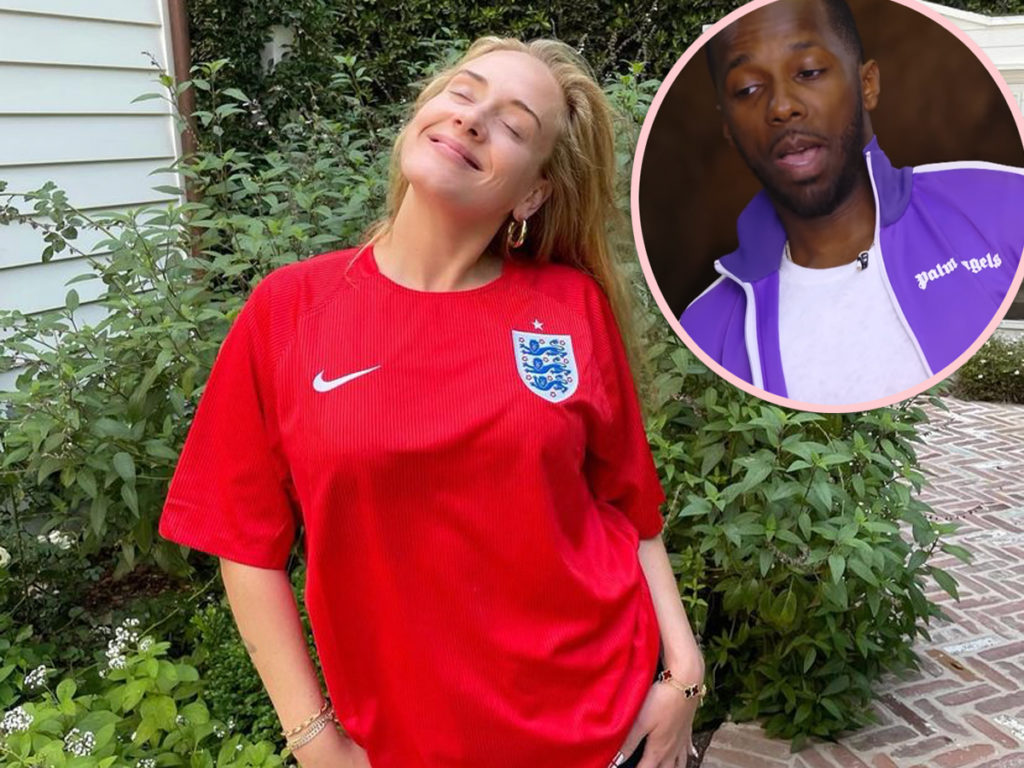 On Sunday, the 33-year-old singer shared a picture of herself on Instagram with her rumored boyfriend Rich Paul, which marked the first time she has posted him on her social media, and it seems like this is her way of confirming their romance. According to E! News, Adele and the 39-year-old sports agent cuddled up in a photo booth at Los Angeles Lakers star Anthony Davis’ wedding to Marlen P. Rich Swipe to ch-ch-check out the gorgeous snapshots (below):

We couldn’t be happier for her!

As you may know, the Hello songstress finalized her divorce in March 2021 from ex-husband Simon Konecki with whom she shares custody of their 8-year-old son, Angelo. Although there were previously romance rumors between Adele and rapper Skepta, that soon changed when she and Paul were spotted out together on what appeared to be a date at the NBA finals game. The Cleveland native seemingly hinted at their relationship in a profile with The New Yorker back in May, where he mentioned he was seeing a “major pop star.” Paul told the publication:

“She was over yesterday. I’m not dating, I’m single. Put that in the story.”

An insider later told People in July that the twosome was still pretty “casual,” adding:

“It’s not super serious, but they’re having a good time. They have mutual friends in common, so that’s been nice. She’s having fun and being social…[Adele] has relaxed a lot. She’s not quite as private as when she was married. She is living her life and doing great. She is having a great summer with [her son] Angelo. They are spending most of their time in LA.”

However, things have clearly progressed since then. When they were seen attending LeBron James’ (Paul is his agent, FYI) wife’s birthday party in August, another source confessed to People that things were really heating up between Adele and Paul. The insider shared at the time:

“They went to LeBron James’ party together. He often brings her around his friends. She seems to be getting along with everyone. They act like they are getting more serious. She is having fun dating Rich. They spend a lot of time together. Adele seems very happy.”

She truly does! Reactions to Adele taking a major step in her relationship with Paul? Let us know in the comments (below)!