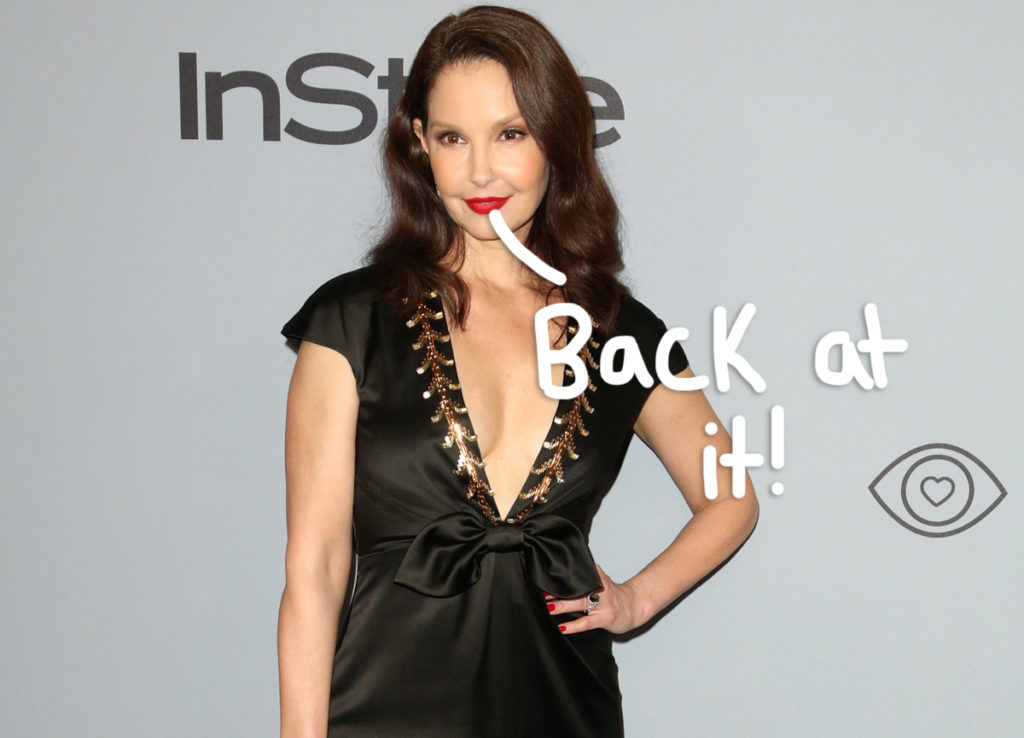 Ashley Judd is finally back on her feet!

Almost six months after shattering her leg in a harrowing accident, the 53-year-old actress took to Instagram on Sunday to reveal that she can walk on her own again. In case you missed it, the incident occurred back in February when she was out on an excursion in the Democratic Republic of the Congo and tripped over a fallen tree. The star then underwent an eight-hour surgery at a hospital in South Africa after being carried by six men to safety in a 55-hour rescue mission. Crazy, right?

Related: Clare Crawley Is ‘On The Road To Healing’ After Having Breast Implant Removal Surgery!

Since then, she has hopped on social media to detail her long and painful recovery process. And now, it seems like she is back and better than ever! Judd wrote in a lengthy caption alongside a series of videos and photos documenting her outstanding progress:

“Today, five months and three weeks after the accident in the Congolese rainforest, I walked again, and in what fashion! I hiked in the #SwissNationalPark I hiked in the #SwissNationalPark. Stepping in, I felt in my ease, my natural garment of self, at home in my spirit. My leg and foot, worked beautifully. I walked up hill on uneven surfaces for an hour confidently and came down carefully and easily. I rested in a meadow on God’s fecund earth for hours. The next day, I walked again on a high Alp in #Ticino, working hard and feeling how much stamina I have to rebuild. This is the road ahead. But I am up to the daily tasks, as I am even carrying firewood into our Alpine hut!”

Impressive! She went on to thank the medical team who have helped her heal, explaining how it was expected to take an entire year for her leg to even start functioning again:

“The video of my foot moving is unheard of. We expected my foot — if ever — to *begin* to move in one year. In four months to the day, she went and blew us all away. Now, after crying while trying to spell the ABCs with a paralyzed foot… well, you see!”

In a subsequent video, the activist showed a video of herself walking with crutches through a forest two months ago. And while Judd acknowledges how her “leg will never be the same,” the Divergent alum is thankful for how far she has come along:

“She is a new leg. And I love her. We are buddies. We have a come a long way and we have a fabulous life ahead. Just look at the last video for comparison, that was where I was just two months ago (always trying to be in nature, when I could barely walk!). Many of you have been praying for me, and sending me notes. Thank you. I have felt you.”

Wow, what an absolutely amazing feat that Ashley has reached — especially in just such a short amount of time! Take a look at her entire post (below):