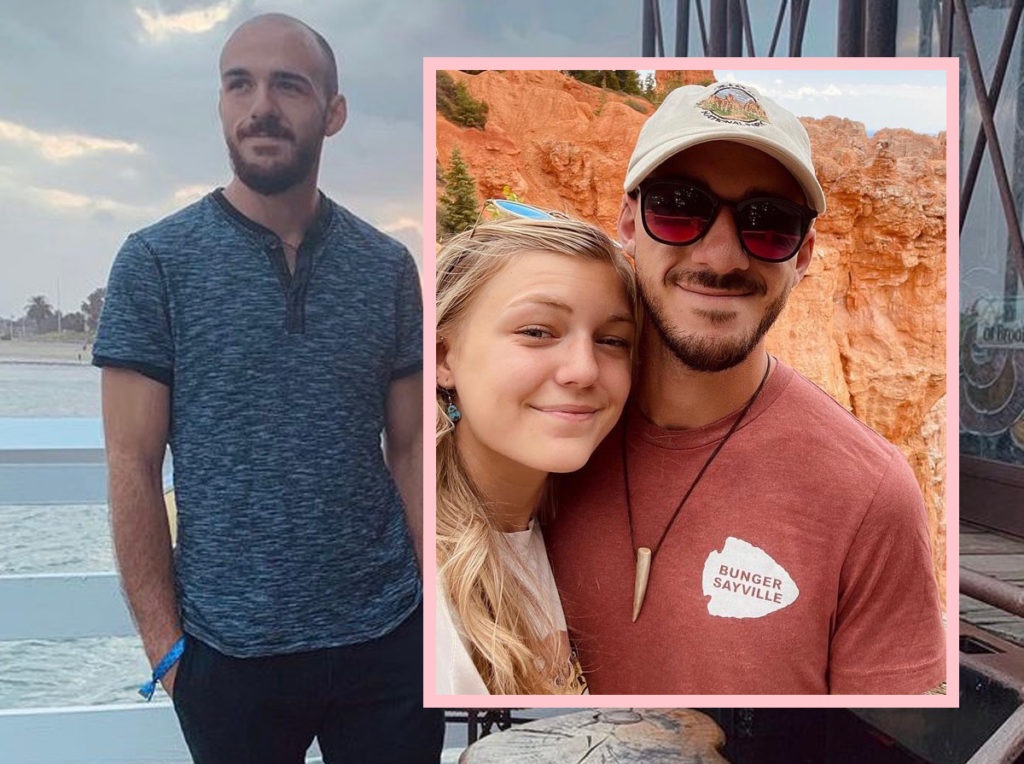 Now that Gabby Petito’s body is believed to be found, the investigation into her boyfriend Brian Laundrie’s disappearance has become all the more urgent.

The 23-year-old’s family reported him missing on Friday, September 17, saying they had no contact with him since Tuesday. The news came several days after Gabby herself had been reported as missing, and more than two weeks since Brian had returned home to Florida without her.

After human remains consistent with descriptions of Gabby were found in Grand Teton National Park on Sunday, the FBI reportedly swarmed Brian’s family home on Monday, officially declaring the house a crime scene. Per Fox News, parents Chris and Roberta Laundrie were removed from the scene; their attorney offered no comment on the situation.

The Bureau released a statement on the latest development:

“The FBI is executing a court-authorized search warrant today at the Laundrie residence in North Port, FL relevant to the Gabrielle ‘Gabby’ Petito investigation. No further details can be provided since this is an active and ongoing investigation.”

The @FBI is in North Port this morning outside #BrianLaundrie home.

Meanwhile, the search for Brian himself continues, though a North Port Police Department spokesperson shared that officials had “exhausted all avenues in searching of the grounds” at Carlton Reserve, where his parents claimed he had gone.

Gabby’s disappearance garnered widespread attention, and particularly caught on like wildfire on social media. Their involvement has arguably benefitted the situation; the body was found not far from where one YouTuber spotted a van matching the description of the couple’s vehicle. So, social media may indeed have contributed a huge break in the case.

However, the sheer volume of posts dissecting every aspect of the case has also raised questions about the ethics of true crime voyeurism:

i think it's amazing that people are using tiktok to amplify #gabbypetitio in hopes of helping the investigation but im deeply troubled by how much fun some of these true crime girls are having with it. it's not a scavenger hunt, she's a person that's missing and it's horrible

All these white women living out their true crime fantasy with this gabby petitio thing is very weird and gross. It’s also not at all surprising that they’re so worked up about this, but never seem to care when Black and Indigenous women go missing all the time #gabbypetitio

Take, for instance, one viral TikTok video from user @alyssaest93. She claimed to have found a “very disturbing” clue on Gabby’s YouTube channel, sharing with followers:

“The clip… was of Brian reading a book, and it apparently is called The Annihilation by Jeff VanderMeer, about groups of people exploring uncharted terrain that go missing. This particular book in the series follows four women. What? So many people have said that, that information needs to be handed over to the police.”

Annihilation, which was adapted into a movie starring Natalie Portman, is the first in an award-winning science fiction trilogy series. The book followed a military operation that explored an area of land strangely affected by an alien influence. While several people (including the four women mentioned) do technically go “missing,” it’s because of the dangers of the alien terrain — the details of which are very, very different from Gabby’s situation. It’s unclear what the police would be able to glean from Brian reading a fairly popular fictional novel.

Some users criticized the video, commenting:

“This book ‘Annihilation’ 10000% has nothing to do with this case. It’s literally about aliens. This is almost just offensive at this point.”

“Seriously… y’all are just reaching at this point nor does that information help them find her or him.”

“Annihilation is an extremely popular sci-fi book about aliens. Heck there’s a pic of me on my Insta reading it. I doubt it means anything.”

Related: Did This TikTok User Help Provide A Major Lead In The Gabby Petito Case?

“I think people are looking too much into the book and the specific details about it, rather than as a whole picture. …Don’t dig into the little details of the book, just look at it as a whole.”

Umm, now we’re NOT supposed to look into “specific details of the book” after her original video literally encouraged people to be suspicious about the book???

Listen, while we agree Brian’s actions have been totally shady, latching onto these kinds of details doesn’t seem to benefit the investigation whatsoever. (If he was reading Gone Girl or OJ Simpson’s memoir, we might have more to say about it.) But what do U think, Perezcious readers? Is social media taking things too far with their true crime obsession? Or does every detail like this matter? Let us know your thoughts in the comments (below).