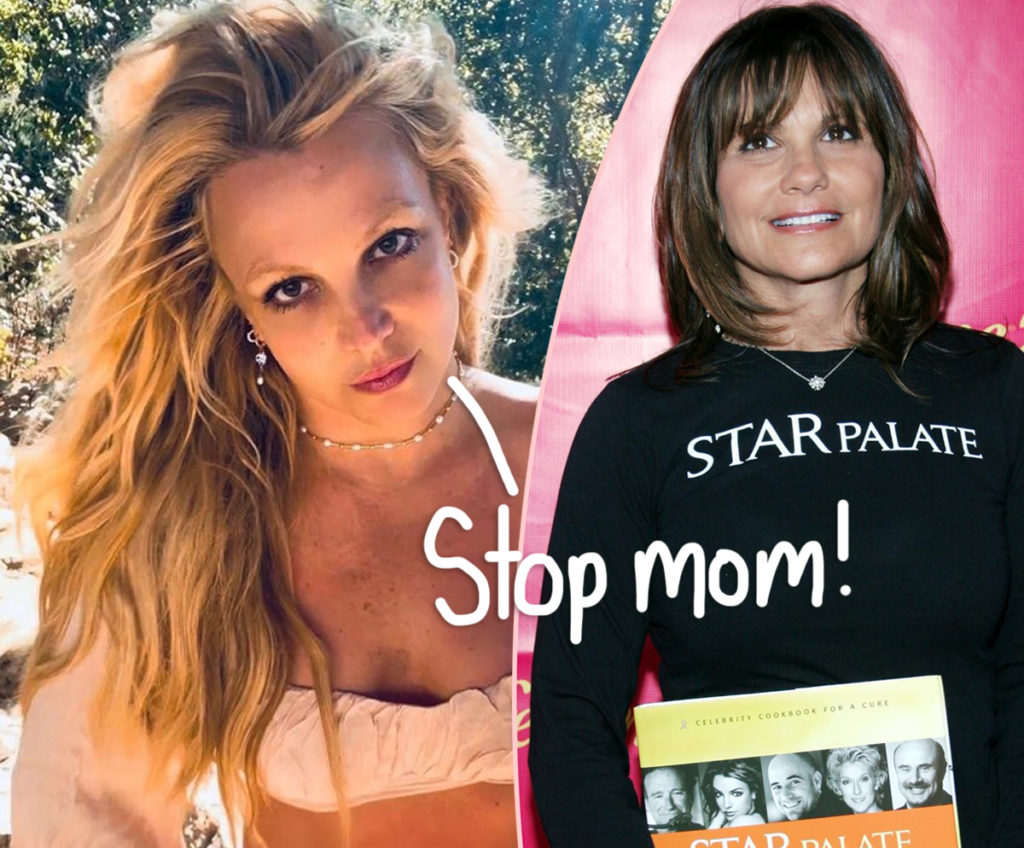 Britney Spears is once again firing back at her mom!

The latest in the family feud all started when Lynne Spears was seen arriving at LAX on Thursday. In a video obtained by Page Six, the 67-year-old was asked by photographers how she felt about not being invited to her own daughter’s wedding. And while walking towards the parking lot, she remained tight-lipped except to state:

“I just want her to be happy.”

Well, it looks like Britney heard about what Lynne said as she clapped back in an Instagram post on Friday! Alongside a playful video montage of Sam Asghari, their pup Sawyer, and her, the 40-year-old pop sensation wrote:

You can ch-ch-check out the video HERE and her epic clap back (below):

This was not the first time Lynne attempted to extend an olive branch to the singer, who cut ties with the family over her controversial conservatorship. After Britney and Sam tied the knot earlier this month, the mom actually commented on a social media post featuring pictures from the intimate and romantic ceremony at her California home. She wrote at the time:

“You look radiant and so happy! Your wedding is the ‘Dream’ wedding! And having it at your home makes it so sentimental and special! I am soooo happy for you! I love you!”

However, that peace offering did not last long! When Britney posted a video of a woman looking into the camera and saying “don’t you ever forget how they gave you distance when you needed love,” well, Lynne did not appreciate it – at all. She quickly shared her thoughts on the post in the comments section, writing alongside an eye-rolling emoji:

Britney has not been shy about voicing her opinions about her family since her conservatorship ended. In fact, the Crossroads actress has been so open about her feelings that her dad Jamie Spears actually accused her of running a social media smear campaign against him and now wants her deposed to challenge some of the allegations she made on the platform. So while Lynne may say she wants Brit to be “happy,” clearly not everyone in the family feels that way enough to leave her alone.

Reactions, Perezcious readers? Let us know in the comments (below).