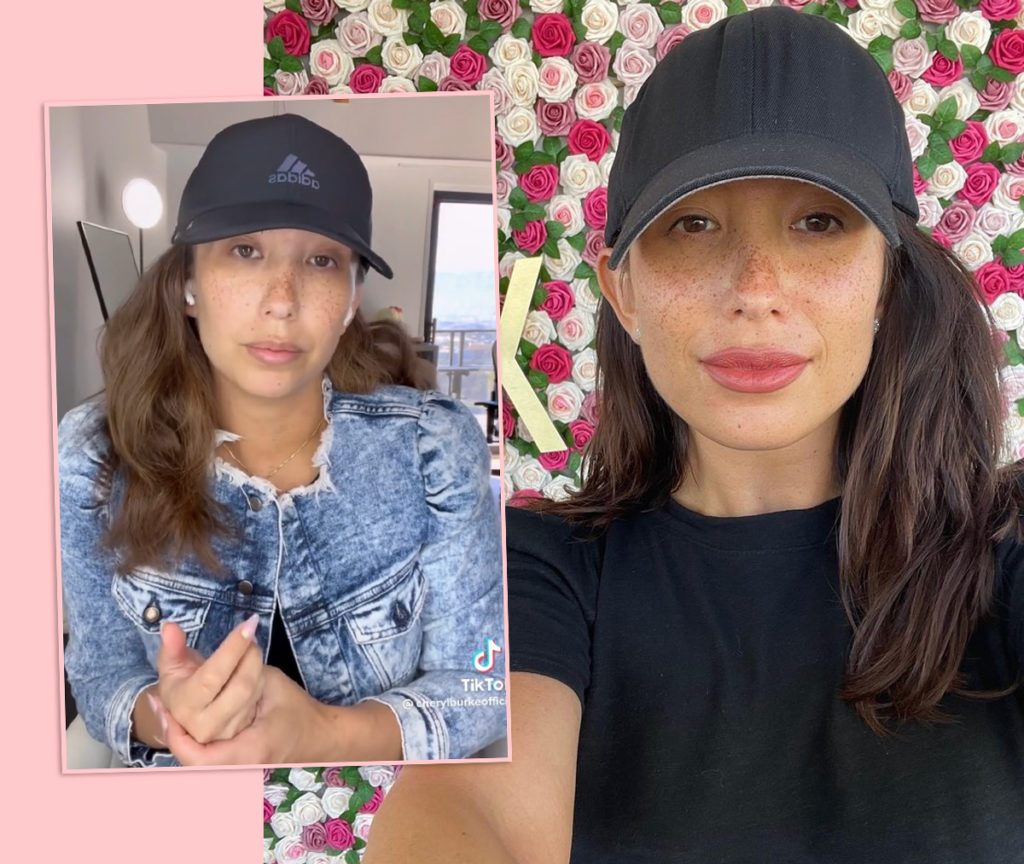 In the wake of the Supreme Court’s horrific decision to overturn Roe v. Wade, Cheryl Burke is opening up about her abortion story.

The Dancing With the Stars pro joined many celebrities and politicians in voicing their outrage over the reversal of the landmark ruling – which also immediately triggered laws banning someone’s right to end a pregnancy in thirteen states. But she had a more personal story to tell. Cheryl took to TikTok on Friday to reveal that she had an abortion at the age of 18, telling her followers:

“This is really hard for me to talk about. But here I go as I said I’m an open book. I am saddened by the news this morning and it weighs heavy in my heart because I had an abortion when I was 18 years old. If it wasn’t for places like Planned Parenthood, I would be a mother and I wouldn’t have been a great mother and I definitely wouldn’t be sitting here with you today. You’re taking away women’s rights, our bodies, our freedom. Our bodies have nothing to do with anybody else, right? This is a decision that we need to make.”

Related: Rita Moreno ‘Could Have Died’ After Botched Abortion With Marlon Brando

The 38-year-old dancer explained in the video that she decided to get an abortion when she “was going through a really huge transition in my life.” Taking several deep breaths, she recalled the “traumatic” experience of heading to a Planned Parenthood clinic and walking past pro-life protesters just to get to her doctor, saying:

“I was practicing safe sex. I was using protection and I was on birth control and s**t happens. I was two weeks pregnant when I got an abortion. I remember rolling up to Planned Parenthood with Picketers holding anti-abortion signs and that alone was traumatic. But, on top of it all, the whole process is traumatic. And the fact that now, you’re making it illegal for us women to make this decision about our own bodies is absolutely insanity. You know what world do we live in today.”

Noting that it is “nobody’s business” to determine her choice about this matter, Cheryl continued:

“Honestly, I’m happy that I made that decision. I have no regrets, there’s no shame behind it. I’ve just chosen to share it now, but that doesn’t mean that there was any shame I was living with. I think I made the right decision. I wouldn’t be sitting here. I wouldn’t be passionately doing what I love to do if it wasn’t for the right to have an abortion.”

She concluded by saying how the Supreme Court’s decision is “absolutely absurd” before urging everyone to continue to fight for abortion access:

“I believe that we need to continue to fight. We shouldn’t stop fighting for our rights as women.”

We appreciate Cheryl’s honesty about her experience and using her platform to speak about such an important matter. This has certainly been such a devastating situation. You can watch her entire video (below):