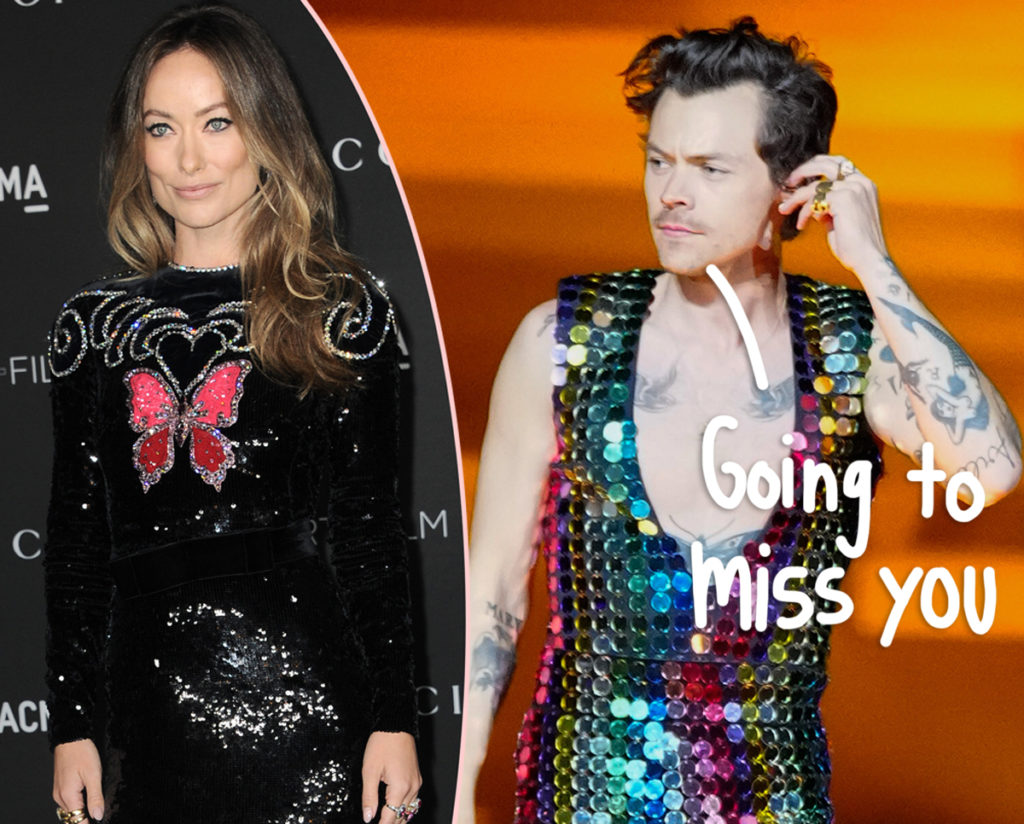 Harry Styles and Olivia Wilde are planning to do what every college freshman fails to: make a long distance relationship work!

ICYMI, the 28-year-old singer will be hitting the road across the country for his Love on Tour shows beginning in August 2022. And while fans are no doubt thrilled to see Harry on stage again, it sounds like he is not looking forward to doing the long-distance thing with Olivia! A source revealed to Us Weekly:

“Harry’s excited about his tour but bummed it’ll take him away from Olivia for a while.”

However, that does not mean the couple won’t see each other at all!

The insider explained the Booksmart director plans to see him whenever she has time — and yes, that includes dancing at his shows:

“But she’ll come to a few of the gigs and they’re planning on making fun little trips in various cities when she can take a break herself.”

Who knows when that will be? Life as a filmmaker is a little busier — and especially one so in demand. She’s already got that secret Marvel-related project in development at Sony. And if Don’t Worry Darling is as well received as the sexy ass trailer was, she’s going to be in even more demand!

While Olivia and Harry aren’t thrilled about all the time away from each other, they refuse to let it affect their relationship:

“They’re not nervous about spending time apart, it adds to the attraction when they reunite after some time off. Both of them are secure and positive about what the future holds for them.”

That’s good because it’s certainly never easy on a couple! But it looks like they’ve already got some practice in for this time apart as they were recently spotted on a vacation together in Italy earlier this month. The insider noted to Us how it was the “perfect opportunity” to spend quality time together before their schedules become “packed,” adding:

“Harry and Olivia had such a great time in Italy, it was just what they needed.”

We’ll have to see how the pair fare during this time away!

Remember, their relationship was born of familiarity, seeing one another every day on set, having long talks in her trailer every evening. Sometimes relationships like those don’t survive the time apart.

Are YOU rooting for these crazy kids to make it??