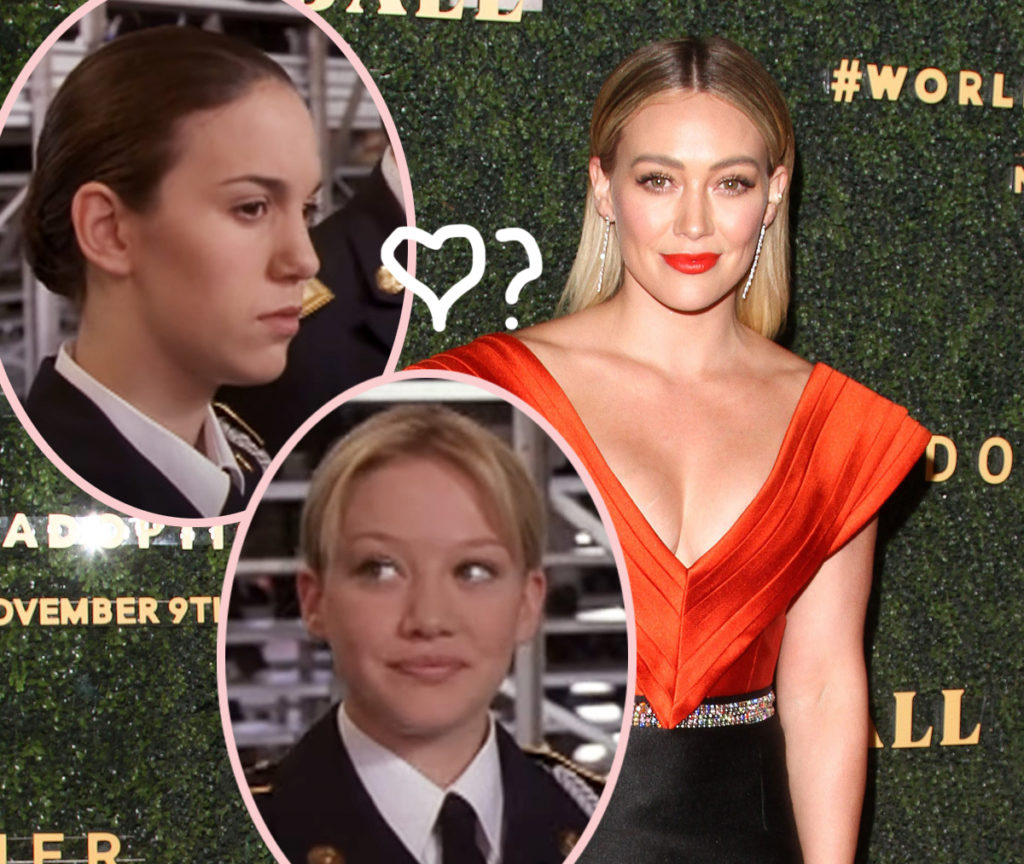 Hilary Duff had no idea one of her old Disney Channel Original Movies was so important to the queer community!

In an interview with Cosmopolitan this week, the How I Met Your Father star was asked if she’d ever considered the film Cadet Kelly as “being queer-coded.”

The 34-year-old admitted she never saw the 2002 military flick in that light — that is, until one of her new co-stars explained to her just how the LGBTQ+ community felt about it all these years.

Related: Hilary Under Fire For Video Of Her 3-Year-Old Riding Without Car Seat

“I have to watch the movie again. No one has brought that to my attention except for Tien Tran on our show who plays Ellen. She was like, ‘Oh my God. It is a moment in the queer community. All that close-talking with Jennifer.’ I didn’t know that. But if it helped anybody, I hope so.”

It wouldn’t be the only time Duff helped out the queer community!

Back in 2008, the Lizzie Maguire alum filmed a PSA (watch it here) for the Gay, Lesbian, and Straight Education Network’s (GLSEN) campaign to eradicate the phrase “that’s so gay” from casual conversation. Ever since, she’s been considered nothing short of a hero to LGBTQ+ millennials everywhere.

Whether or not Cadet Kelly was, in fact, queer-coded is up for interpretation. But Hilary’s DCOM co-star, Christy Carlson Romano, seems to be a believer!

On January 7, the Even Stevens alum shared a TikTok video of herself miming the words to “I know something you don’t” over a screenshot of herself and Duff in the movie. She wrote in the caption:

For those who haven’t seen the film in a while, it follows Duff’s teenage Kelly Collins as she enrolls at a military school that her new stepfather (Gary Cole) attended. At the school, she butts heads with her commanding officer Jennifer Stone (Romano) as the two compete to make their school the best drill team in the state.

Christy also reflected on the film’s impact on queer girls in a September episode on her YouTube channel, telling viewers:

“What I find interesting about the interpretation of the relationship between Cadet Kelly and Captain Stone is that there is a narrative that is in the culture right now that people are saying maybe they were in love, maybe there was an undercurrent of tension between the two girls… It really helped a lot of girls identify their sexuality. The military has traditionally been strict about that stuff and at the time that the movie came out we were not talking about that stuff. This character, Captain Stone, was the sexual awakening for a lot of the girls that felt that way at that age. I had a part in that! That’s crazy, I never even thought about that. I’m very flattered.”

The actress went on to say she could picture a future for her character now living out and proud, adding:

“I’d like to think if Captain Stone came back, that we could honor this demographic of people that have been forever changed by this character. And we could say that, hey, maybe she’s married to a woman and now she’s the principal of the school and there’s a new girl just like Kelly that’s come.”

What do U think about this Cadet Kelly theory, Perezcious readers?