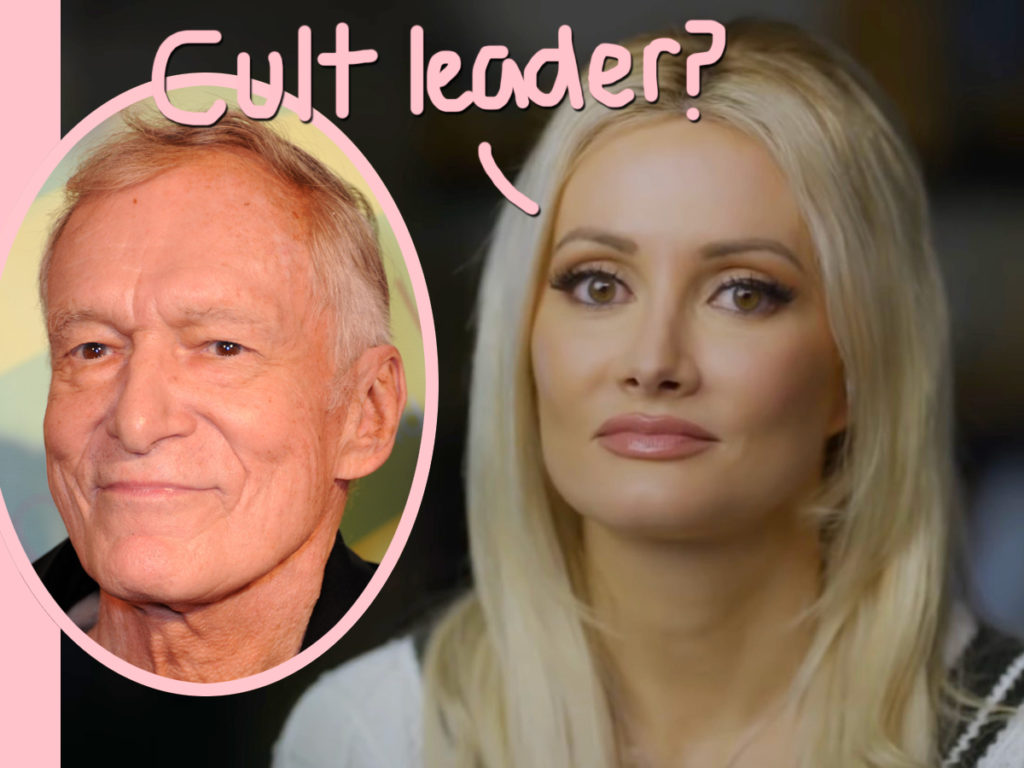 Holly Madison has more to say about her time at the Playboy Mansion.

The former reality star has been unpacking her experience as one of Hugh Hefner’s many girlfriends for a while now, and she has shared some of that thoughtful (and heartbreaking) process with the world. In the new A&E docuseries Secrets of Playboy, Holly shared even more reflection on being part of the magazine mogul’s infamous harem.

Related: Holly Was ‘Horrified’ To Have Sex With Hugh Hefner While ‘Wasted’ On First Date

In a teaser for the show, the 42-year-old said:

“The reason I think the mansion was very cult-like looking back on it is because we were all kind of gaslit and expected to think of Hef as like this really good guy. And you started to feel like, ‘Oh, he’s not what they say in the media, he’s just a nice man.’”

“Another thing that reminds me of a cult is how it was so easy to get isolated from the outside world there. You had a 9 o’clock curfew. You were encouraged to not have friends over. You weren’t really allowed to leave unless it was, like, a family holiday.”

We have to agree, this does sound a lot like a cult.

Further, the clip revealed that “the sex always happened kind of like, the same time, the same night” of the week after the girls had been out clubbing — the weirdly ritualistic nature of it makes the experience sound even more cult-like.

Elsewhere in the teaser, the Girls Next Door alum shared:

“I kept my waitressing job at just like one day a week, because I wanted just to have something easy to go back to should things not work out. And he said it made him jealous, and he would appreciate it if I quit my job. So instead, we were given $1,000 a week as an allowance.”

Gaslighting, isolating, “expected” sex at regular intervals, and controlling their income. On top of that, in a previous clip (below) Holly recalled Hugh being controlling about her appearance, too. All told, it does sound like these women experienced patterns of abuse, if not a cult. (Both seem likely.) We can’t imagine what that was like, especially with Playboy being so ingrained in pop culture.