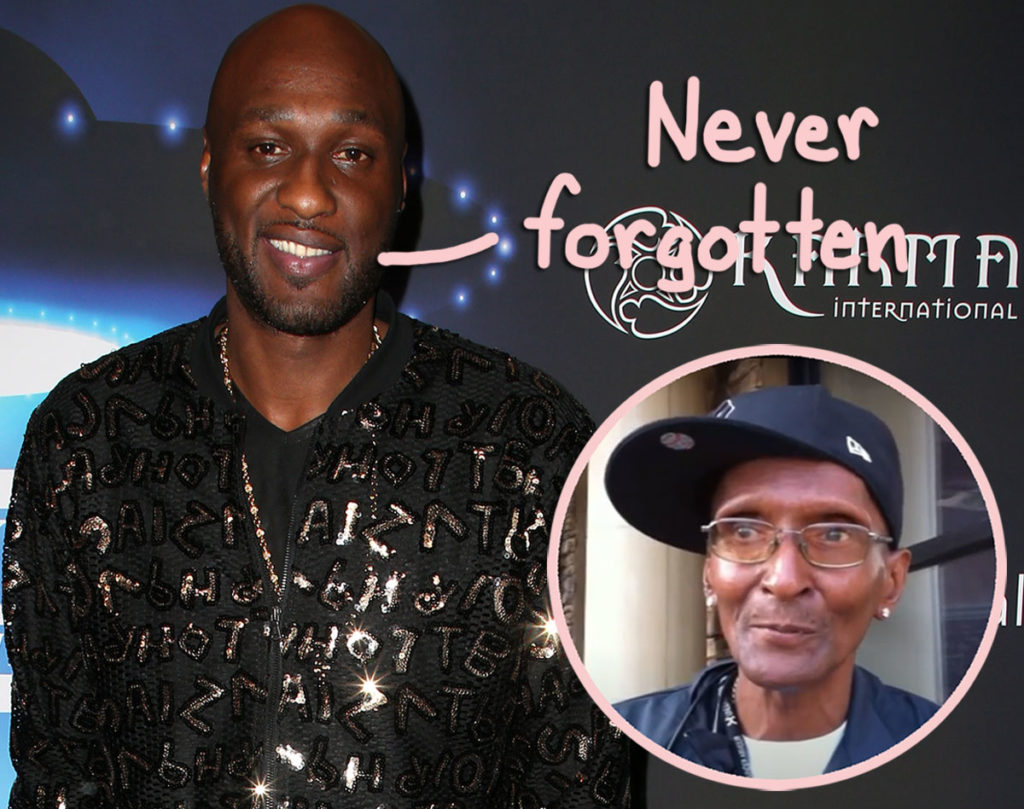 Lamar Odom is coming to terms with his father’s death.

Late last month, the former pro basketball star announced that his father, Joseph Odom, had passed away. And now, two weeks later, Lamar has taken to Instagram to open more about what he’s been going through in his grieving period.

On Monday afternoon, the 41-year-old former NBA star shared a photo of a remarkable piece of art made by artist Karlie Redd.

The painting is a depiction of Lamar standing alongside his father, during happier times together in recent years. And in the caption section, Khloé Kardashian‘s ex-husband got real about the conflicting emotions he’d been feeling after Joe’s death, first writing:

“Thank you to everyone who extended love and prayers to me during my time of bereavement. I appreciate every single one of you for sending me good energy.”

The former Los Angeles Lakers star then added more, delivering this sage advice to his followers:

“Life is not promised. My pops and I had our differences but at the end of the day I knew he loved me and I loved him and that’s really all that matters. I encourage you to take some time and make amends with family and friends, tell someone you love them, smile a little more, laugh out loud, give your heart to those that deserve it because NOTHING is promised but death.”

Our hearts go out to Lamar during this very, very difficult time.