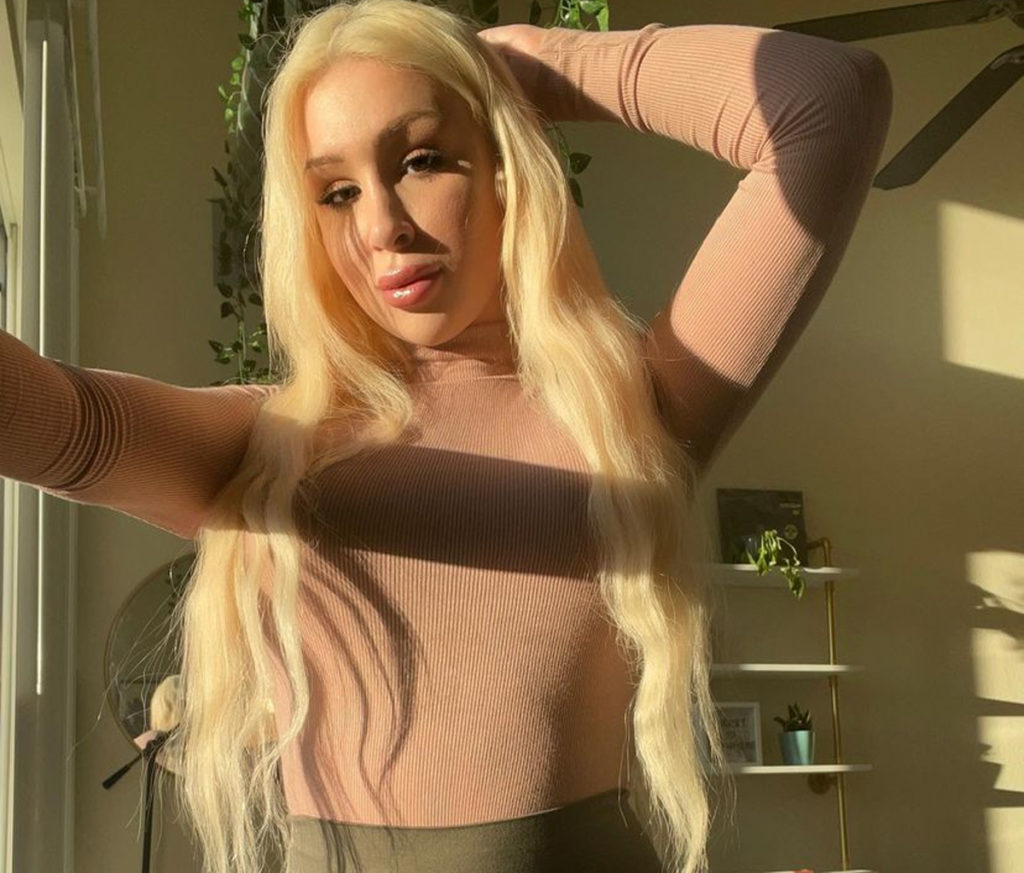 As we previously reported, police were called to the scene on March 15 when the family of the 24-year-old (real name Francesca Elizabeth) reported her missing after she had not been heard from in five days. A close friend had banged on the apartment door before officers came at the time — but still no one answered. And when authorities eventually arrived at the residence, Angelina was found dead in the living room. As her mom Stephanie previously shared:

“I’m devastated, when I finally heard [that she had died]. It was very guttural, I know her friend didn’t want to have to be the one to tell me. I don’t know how long she’d been there, she was found in the living room, she was unrecognizable so they can’t identify her. I can’t remember what we talked about last, but I said I love you, we always said I love you.”

Related: Ashley Judd Discovered Her Mother Naomi After She Took Her Own Life

Now, the Clark County Coroner has established that she died of “acute intoxication by cocaine” with the manner of death ruled as an accident. So sad…

Her mom previously told The Sun that the adult entertainer had been taking ketamine, and her family had been worried that she might have consumed a “bad batch.” Stephanie explained:

“She was doing ketamine. But they put fentanyl in everything nowadays, just a line is enough to kill you. She’d been clean from meth for over a year but she was still dabbling in party drugs. I could tell her until I was blue in the face not to do it, and why you shouldn’t do it, but she would just hide it from me and I didn’t want her to do that. I don’t want to be friends with my children, I want to be a parent, but I also want to know what they’re up to and I want to give them safe advice if I’m able to.”

Stephanie isn’t wrong, that fentanyl is a killer. But this wasn’t that — right?

Well, although the corner has determined Angelina died from an accidental overdose, the family still believes there was more to her tragic death. They claim there was a lot of miscommunication and that only a toxicology test was done to find out the cause of the death. Stephanie told the outlet:

“The county said that they wouldn’t be able to do an autopsy because she had been dead for almost four days. A toxicology test is all they had to go on and that is what I believe they based their conclusions on. I agree she had cocaine in her system, but lacking any other conclusive evidence….we will never know what really killed her. I am just horrified and disgusted.”

After raising more than $26,600 on GoFundMe to travel to Las Vegas and arrange Angelina’s funeral service, the family was able to have her body cremated and her ashes flown back to Chicago.

We are continuing to send our love to Angelina’s loved ones during this difficult time.