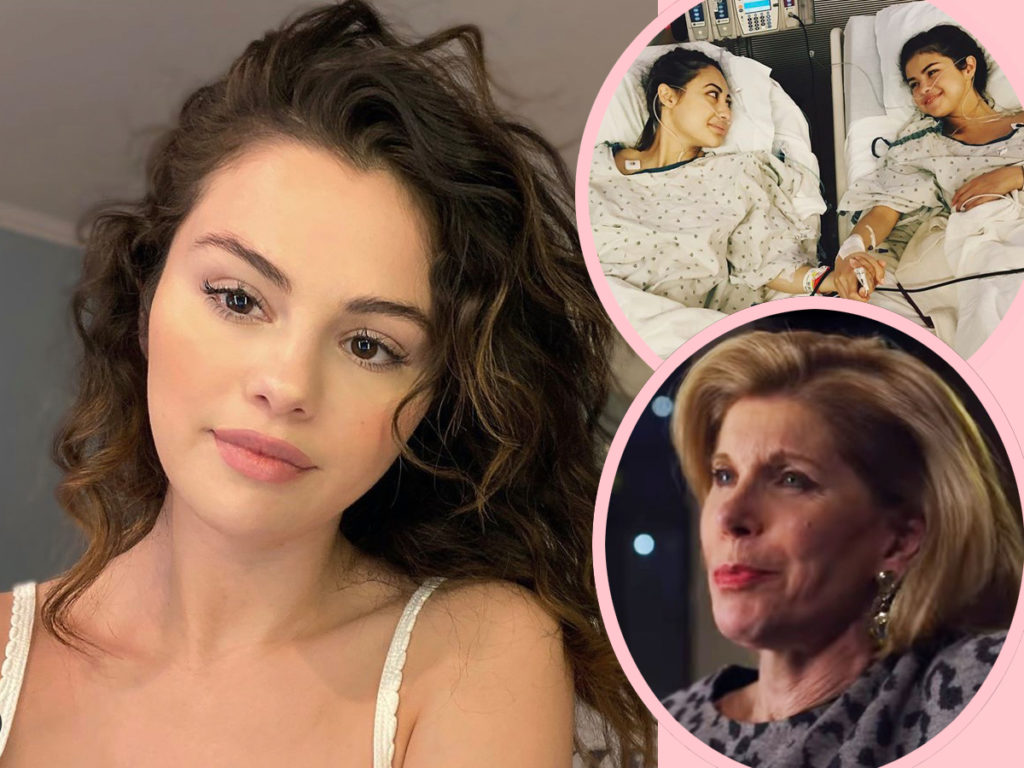 Selena Gomez’s kidney transplant surgery is a major touchstone in her story as a public figure, so her fans are understandably sensitive to the issue. Oftentimes, the Selenators have been able to channel their energy for the greater good, like donating to her charitable fund for Lupus research.

Other times, the stans have been forced to defend their idol — as in this instance, following what was viewed as an inappropriate joke at her expense on a recent episode of The Good Fight. The storyline involved a sensitivity read for a comedian employed by streaming executive Del (Wayne Brady). This inevitably leads to a discussion about what jokes would get someone “cancelled,” with characters suggesting a number of topics: necrophilia, Autism, or “Selena Gomez’s kidney transplant.”

When will people stop doing this !!! RESPECT SELENA GOMEZ pic.twitter.com/QdLX2PUTYo

In a self fulfilling prophecy, the clip was posted on Twitter and quickly drew the Selenators’ ire. “Respect Selena Gomez” began trending, as fans used the phrase to end posts like:

“selena’s transplant isn’t something to joke about, she and francia deserve better”

“this woman deserves all the love and happiness, it’s so sad how people use a hurtful moment for her just for nasty jokes, put some respect on her name”

This isn’t the first time a television series has gotten heat for poking fun at the 29-year-old’s health crisis. Earlier this year, the Chinese show Who’s the Murderer? was forced to apologize after an episode featured a doctored image of Selena’s post-surgery snapshot that replaced her and kidney donor Francia Raisa’s faces with characters from the show.

And before that, Peacock’s Saved by the Bell reboot edited out scenes from an episode that joked about who the Disney alum’s donor was — and didn’t mention Francia’s name. (The episode also featured the words “Does Selena Gomez even have a kidney?” spray painted on lockers.) The 33-year-old actress then urged the network to apologize, later tweeting:

“As a kidney donor I want to show love and let other donors know that you are not alone. You are seen. You are appreciated. You are so brave and your selfless act is very much appreciated and valued!”

Funnily enough (or not…), it seems like The Good Fight scene was directly commenting on how taboo it’s become to joke about Selena’s transplant. Such being the case, we assume they must have seen the backlash coming. It remains to be seen whether Paramount+ will also release an apology, but future TV writers may want to think twice before joking about an IRL celeb’s life-saving surgery in the future.

See some more fan reactions (below):

When will people stop talking about her kidney transplant as a joke ??
IT IS NOT FUNNY

just imagin that selena's kindey transplant is the most important thing that people can joke and make fun of it (ONLY FOR ATTENTION). i think selena has the full right to sue these idiots for mentioning her and her personal life and making fun of them!!RESPECT SELENA GOMEZ pic.twitter.com/ji8jI24qe6

Selena's health is a very sensitive topic to every selenators whether they are admin of Sel's fanpages or the peoples who loves Selena. We will not allow any of the show to make joke on Sel's health

This is literally just NOT something to joke about, RESPECT SELENA GOMEZ pic.twitter.com/WGldoROQWg