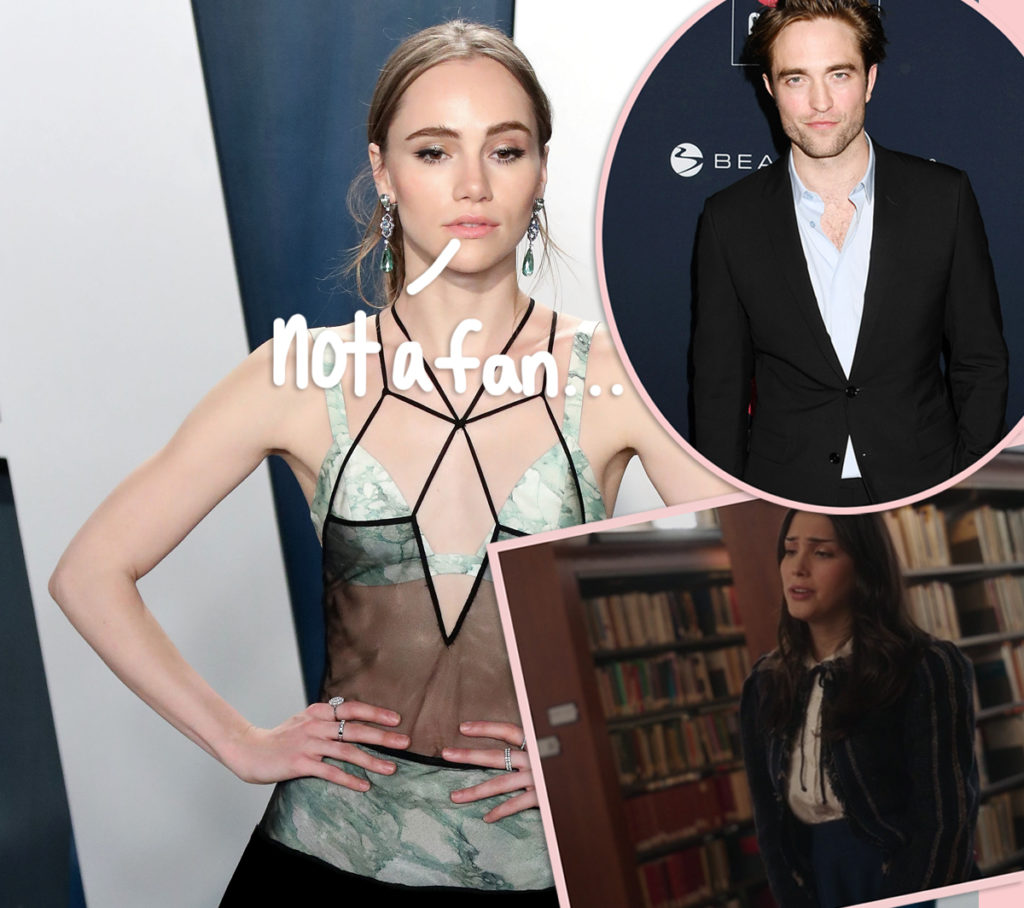 The Gossip Girl reboot has struck again! Suki Waterhouse called out the popular show for making a brutal joke about her relationship with Robert Pattinson.

In the third episode, the resident mean girls of Constance Billard Monet and Luna are trying to save the image of influencer Julien Calloway, who recently broke up with her boyfriend and has a major problem with her social media presence at the moment. So the friends decided to help Julien’s half-sister Zoya, who happens to be dating the queen bee’s ex-beau. Of course, all of this is a backup plan just in case Julien continues to spiral away from their carefully crafted brand.

Related: Mark-Paul Gosselaar & Leah Remini Admit They Had Real Chemistry On Saved By The Bell!

And here is where the line about Waterhouse drops. Later on, Luna attempts to educate Zoya on the importance of appearances, saying:

“When are you going to get it? As far as the press is concerned, he’s R-Patz, and you’re Suki Nobody.”

OUCH! Now, fans of the series are aware that the Gossip Girl revival has made a mark with their biting zingers and pop culture references. And it turns out not everyone is a fan of it, as the 29-year-old model slammed the dig in a since-deleted tweet on Friday. She wrote, according to The Daily Mail:

“Another day to be reminded that women can also be the patriarchy. Seeing critiques of patriarchy and sexism, then I get my name checked as somebody’s ‘nobody’ girlfriend. Make it make sense!”

Don’t worry, Suki, you are not the only one who has taken offense to GG’s jokes. Just ask, Olivia Jade!

In case you didn’t know, the couple has been linked since 2018 after they reportedly went on a date to see Mamma Mia! Here We Go Again. While their relationship started “causal,” E! News reports that the pair have grown closers over the years and have even considered marriage. A source told the publication in October 2020:

“Rob and Suki have definitely discussed getting engaged but are in no rush. Suki is not pressuring him and they are both very committed to each other.”

Until then, we guess the two can wait and see if they get name checked again on the show! Reactions to the dig made on Gossip Girl, Perezcious readers? Let us know in the comments (below)!