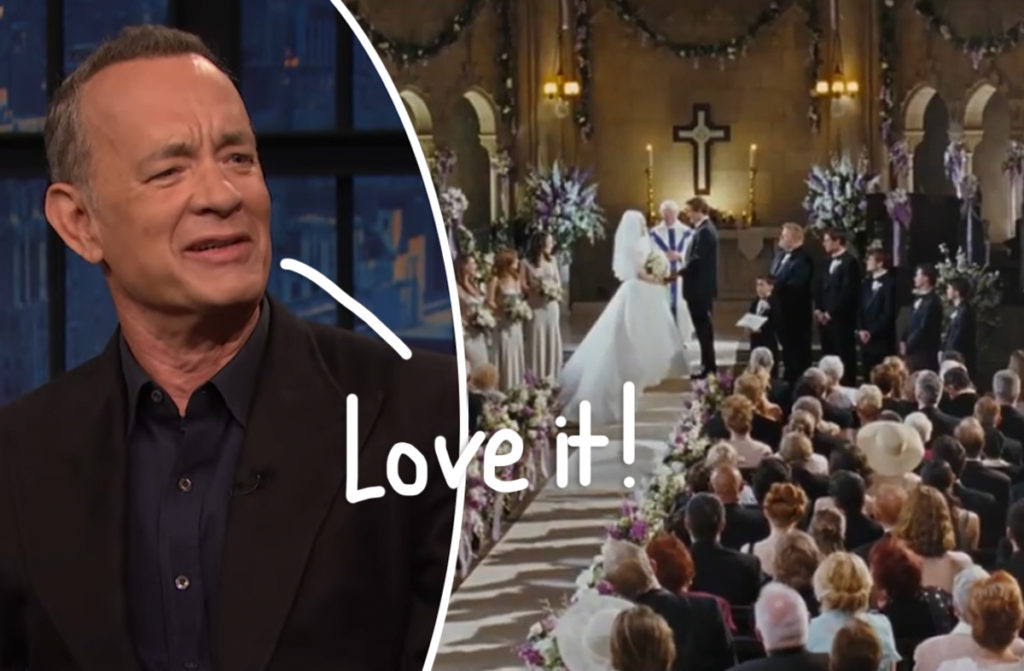 No one loves crashing a wedding more than Tom Hanks!

The 65-year-old actor has made it a habit of popping in on a couple’s big day over the years. Most recently, he surprised a bride in Pittsburgh back in March by joining in on bridal party pictures outside a hotel right before the ceremony. And that wasn’t the only time this has happened! Last October, the Forrest Gump star even stopped to take pictures and chat with Diciembre and Tashia Farries when they got hitched on the beach by the Santa Monica Pier in California.

Related: Tom Hanks Screams At Fans To ‘Back The F**k Off’ After Almost Hurting Rita Wilson!

Tom has made so many people’s nuptials an extra special occasion! So when ask about why he started to randomly show up at a ceremony “invited or not” during an appearance on Late Night with Seth Meyers, Tom shockingly admitted:

“It’s my ego, unchecked. I just can’t help but think ‘What would these people like more than anything else to remember this magic day of days? Oh I know, me!’”

Ha! At least he is honest about it!

He also looked back on one of his very first experiences with wedding crashing. As Tom recalled, he was working on a scene for the 2009 film Angels and Demons at the Pantheon in Rome, and a couple had actually booked the location for the same day! Talk about one of the worst wedding nightmares coming to life! So of course, Tom stepped in to save the day:

“This limousine pulled up, and it was the bride and the groom trying to ‘get me to the church on time. And they couldn’t do it because we had all this stuff going on. It was like ‘Uh, how do we fix this?’ So, like a stalker — you know, ‘Hey miss, miss, miss!’ — I knocked on the window, I said ‘Hey listen, we have a thing, but would you do me the honor of escorting you to your bridal altar?’ So we did it!”

And the rest, as they say, was history! You can watch a full breakdown of his wedding crashing adventures (below):

Thoughts on his reason? How would you react if Tom Hanks happened to show up at your wedding one day? Drop your reactions in the comments (below)!