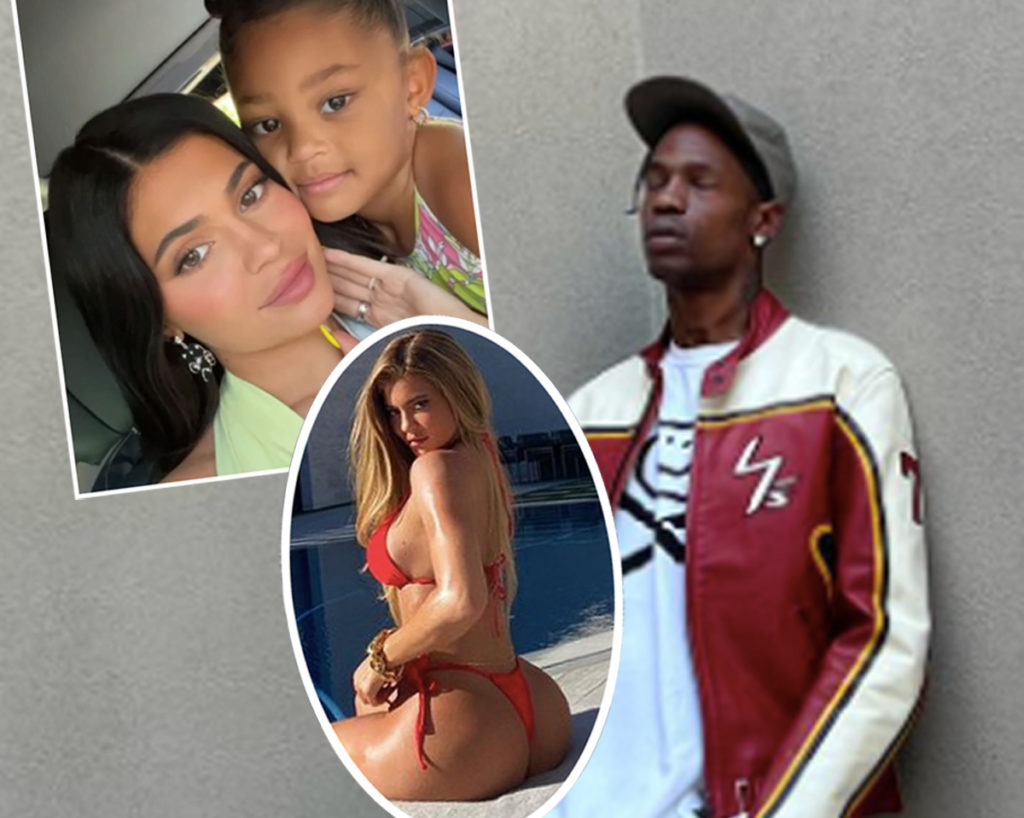 In a rare Instagram story about his baby momma, Travis Scott praised Kylie Jenner for her cooking abilities… and potentially more?

On Father’s Day the Sicko Mode rapper appeared to be grateful for more than just his kids. He was eager to share the love on IG for the mother of his two children making a special meal — which is particularly surprising considering that he rarely comments on Kylie! The pic showed the beauty mogul in the kitchen of their Los Angeles mansion, cooking up a Father’s Day feast for her baby daddy.

We can definitely see why that image Kylie caught Travis’ eye while cooking as her curves were exceptionally accentuated in her tie-dye jeans. We think it’s safe to say that he gets Goosebumps when it comes to his baby mama! Ha!

Innerestingly enough, Travis took the post down shortly after uploading it… Did he overthink it, or was it a request of Kylie’s? Maybe she didn’t think the angle was flattering? Maybe she didn’t want to rub it in the face of her less culinary-inclined sister?? Hmm. If so, no wonder he barely ever posts about her!

Related: Kim Waited HOW LONG To Introduce Pete To Her Kids?!

Either way, the reality star couldn’t have been too upset as she shared the Father’s Day love right back in yet ANOTHER rare pic, but this time of Travis cuddled up in bed with their daughter, Stormi, and their son (who has yet to have his new name revealed to the world after the power couple decided Wolf wasn’t the right fit).

To which Travis responded:

Kylie then posted one more pic of the father-son duo in matching Nike Air sneakers:

So much love to go around in the Jenner-Scott household!

What do you think of Travis’ rare comment and all the Father’s Day love, Perezcious readers? Let us know in the comments (below)!