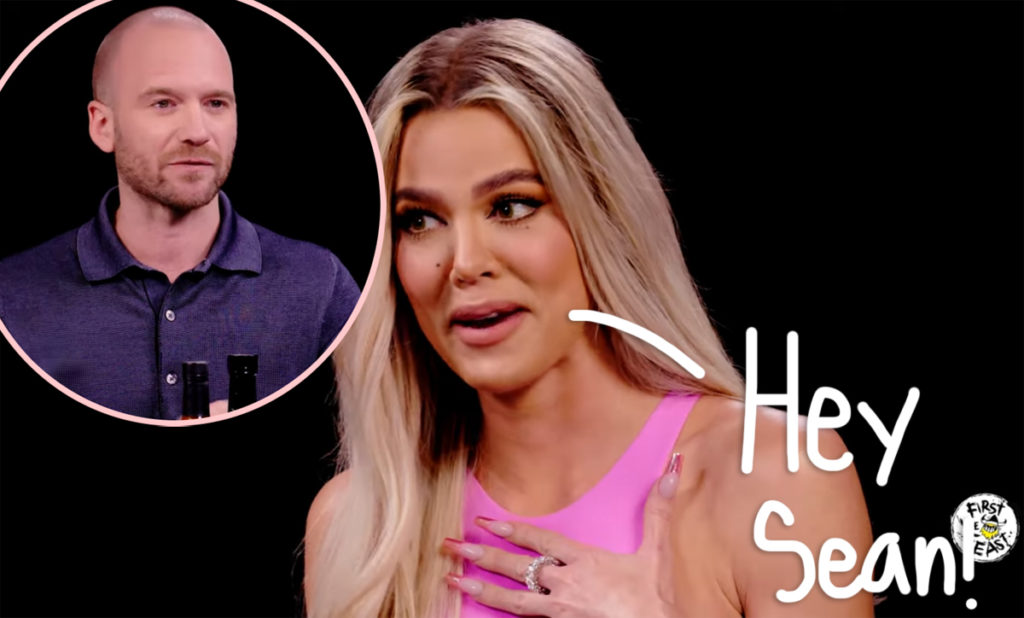 Things got spicy during Khloé Kardashian’s Hot Ones interview – in more ways than one!

The 37-year-old appeared on the YouTube series Thursday. And while Khloé was definitely feeling the heat from the hot chicken wings, she was also getting a little hot and bothered by something (or someone) else. When host Sean Evans praised her for having “the most organized and impressive kitchen pantry” that he has ever seen and asked about her design, The Kardashians star immediately chimed in with:

“I don’t know if you’re flirting with me, but that’s the best flirting you could ever give me. Complimenting my pantry? Sure, whatever you want, you’re gonna get after this, ok?”

Related: Hold Up, Khloe IS Dating Again! Everything We Know So Far!

Get it KoKo! LOLz!

And the flirting did not end there! Speaking about her pantry, she explained that she wanted to limit the amount of plastic, leading her to invest in Lazy Susans and stain the wood to match her monochromatic aesthetic. She added:

“We might have to de-fog this lens here before we move on to wing Number 3.”

Don’t know how her rumored private equity investor boyfriend may feel about this steamy interaction! But fortunately for him, any romantic connection between Sean and Khloé was ruined after losing it eating Da Bomb: Beyond Insanity sauce! Ch-ch-check the hilarious moment (below):

[Image via First We Feast/YouTube]